Sports psychology is one of the most important branches of physical education sports psychology deals with the player behavior, arousal, motivation, and inspiration in particular sports situations as we all know today sports is no more as play a sport it is a competitive process where every athlete tends to achieve success at any cost this cost and urge to earn success made this process more complicated it involves scientific training of athlete and its behavior inside and outside the playfield moreover in order to have optimum performance at the time of competition seeks the involvement of behavior scientist that is a sports psychologist. Sports psychologist deals mental and emotional behavior of his sports person during competition.

stress is the most common psychological factors affecting sports performance. stress is a process whereby an individual perceives threats and responded with a series of psychological and physiological changes including increased arousal and the experiences of anxiety. Stress is a non-specific response of the body to any demands made on it. The events that produce stress the source of stress are called stressors. In sports, stress decreases one’s performance like worrying about performance. It is essential that this stress should be reduced for the best result through some relaxation procedures.

We tend to experiences stress when we face demands that are difficult to meet, but which carry serious consequences if we fail to meet them. Stress is long-term or chronic it can cause serious harm to both physical and mental health. Psychological problems such as fear, lack of confidence, inability to cope with situations,s, etc. cause stress. If the stress goes beyond its normal level it leads to performance deterioration.

INDIVIDUAL DIFFERENCES AMONG THE ATHLETES

Each player has its own unique nature, just as there is a difference in the physical structure of the player like height, weight, etc., in the same way, there is a difference in his psychological condition. It has been seen that some players are introverted and extroverted and they also differ in their receptive power. Some players are psychologically strong right from their birth while some are of weak attitude. Players who are mentally weak are unable to concentrate fully on their work. So individual differences in sports performance are an inevitable phenomenon and the coach has to refine this view into the nature of the players.

Genetic Factor– each individual starts with a new set of genes which are the carriers of traits of a person.

Environment factor– All influences and condition under which a person lives, grow and develop and the training which one receives. The different environment has a different effect on a person, suitable environment helps in the development of inborn qualities while the absence of it hinders it.

The human personality is miraculously a complex structure. It has been created with great efficiency from its habits, thoughts, and motivations, in such a way that it maintains a balance between the traction and encouragement of the outside world. Many researchers have given their own theories on personality such as:-

Jung’s concept of personality[INTROVERT and EXTROVERT],

The entirety of a player’s existence depends on his physical, mental, emotional, and temperamental make-up. His personality is formed by his experiences, imagination, habits, concepts, memory, and thoughts, etc. Hence personality differences are inevitable, no two persons or players can be alike. Personality is the basis of sports excellence; it is necessary that those characteristics of personality should be identified and developed which can enhance his sports performance. Personality is an important physical factor that largely determines the results and performance of the player.

Aggression is also Psychological factors affecting sports performance. Aggressiveness is a part of the player’s behavior and is essential for every player’s life so that he can struggle and achieve great things. It cannot be denied that the struggle for superiority, dominance, and excellence in sports clearly involves aggression. Aggression in some form is inevitable in every sport and cannot be avoided. When aggression turns into animosity or enmity, then the situation becomes dangerous and this is called anti-social behavior.

READ MORE ABOUT- What is sports psychology?

Various people different mental capabilities like concentration, thinking power, and confidence, etc due to these differences the performance level of athlete also differ. The person having better mental ability tend to perform better if all other factor is same the enthusiasm and will power also has a great impact on performance level

A different individual has a different level of interest some are interested in sports where some avoid playing and enjoys the company of books the less interest toward the sports certainly affects the performance in games and sports.

Anxiety refers to a disturbed emotional reaction of the mind; It is from excitement and a meaningless and unpleasant state of mind. Anxiety is an important element in any competitive situation and without a certain level of anxiety, one cannot perform well in the competition. An adequate level of anxiety gives good results. Unless a player learns to deal with stressful competitive situations with his eagerness, he cannot succeed in his goal.

The inverted U hypothesis was formulated by yekes and Dodson in 1908. This idea is that for every task there is an optimum level of arousal.

Motivation is a force, an instinct that compels and motivates and forces a person to act or conduct a particular act at a particular time to achieve a purpose.

Positive beliefs and values associated with physical activity result in the development of good and positive attitudes and enable the player to perform well.

CONCENTRATION AND ATTENTION ON TRAINING

It is a process of achieving something or a clear thought in the mind. It helps in mental alertness and quickness, and as a result, the person becomes alert and tries to do as much as possible mentally and physically. A high qualitative focus on dexterity has a significant impact on performance during any sporting event. Intensive training of various cognitive strategies and skills can lead to an increased focus on the task at hand, leading to improved sports performance.

There are different types of players in any team, and everyone has a different position and perception, and when the time comes, these differences only disturb the team’s sports performance. Better results will come if each member of the team incorporates their individual attitudes and abilities into the team’s efforts. The result of team members being psychologically together is also reflected in the performance.

GROUP a group is said to be a collection or aggregate of two or more people. There are three types of groups:

Tertiary group- Group at the bus stand or railway station

Tension is a nervous reaction to the situation. A low level of anxiety is tension. Basically, tension arrives when a goal is not immediately attained and a minimum level of muscular tension is needed for best motor performance. If an individual feels mental tension, his muscles get tensed. He will not be able to execute his movements properly. It is normally seen that youngsters and beginners athletes are more affected by tension than elite athletes’. Tension occurs due to the difficulties in initiating and halting and halting movement. Tension occurs because of consistent failure in matches. The inability to control FORCE, SPEED, movement, performing in a limited area of space, performing complicated movement, etc. 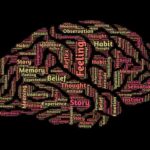 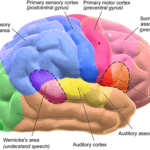 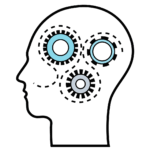