The following events of the test were included of these seven test items in the AAHPER youth physical fitness test:-

In 1976 AAHPER youth fitness test was again revised and the following modification was made;

REQUIRED EQUIPMENT FOR PULL-UPS- Horizontal bar, an approximately 1.5-inch rod made of wood or metal is suitable. The doorway gym bar can also be used if there is no equipment.

PURPOSE- In this test, the muscular endurance and strength of the player’s or participant’s arms are measured.

PULL-UPS TEST ADMINISTRATION FOR BOYS- The height of the horizontal bar should be such that when the participant hangs from it with fully extended arms; his feet should not touch the ground. The participant is asked to use an overhand hand grasp with the palm facing away from the body. When in a hanging position, the participant raises the body with the arms until the chin is placed over the bar, and then lowers the body to full extension and does the pull-up as many times as possible. The attendee is given only one opportunity unless it is clear that the participant has not had a fair chance, swinging, kicking the leg, or raising the knee is allowed while doing pull-ups.

SCORING- The maximum number of complete pull-ups is the score that can be evaluated or compared with another participant.

The flexed arm hang test is also almost identical to the pull-up, except that the hanging bar is adjusted to a height equal to the height of the participant. Female participant pulls body off the floor to keep chin above the bar, elbows bent, chest kept close to bar and participant tries to maintain this position for as long as possible.

SCORING- The duration of time that the participant correctly maintains the hanging position, the amount of time she remains in the correct position is counted as the time score.

After giving the above performance to the participant, a READY-GO signal is given to a specific participant. On signal GO the performer initiates the sit-up and the timer starts the clock simultaneously. The participant continues the sit-ups at their best possible speed until the timer gives a stop signal after 60 seconds.

SCORING –The number of correctly performed sit-ups in 60 seconds is the score of this test. Only one effort is allowed to the participant unless the tester believes that the subject has not a fair opportunity. The following types of sit-ups are not counted for score.

REQUIRED PIECES OF EQUIPMENT – Two blocks of wood to measure [2” ×2 ″ ×4 ″], a stopwatch, and marking tape. The participant must wear spikes or appropriate sports shoes or run barefoot.

TEST ADMINISTRATION-Two parallel lines are marked on the floor 10 yards [9.114 m] apart, the width of a regular basketball or volleyball court can also be used for the shuttle run test. Two wooden blocks are placed behind a line. The participant is asked to start from the back of the second line. On the Signal READY GO, the timer starts the clock and the participant has to run fast toward the block, pick up a block, and run back to the first line, placing the block behind the first line and running again to pick up the second block. The second block also brings to the first line. As soon as the second block is placed on the ground, the timer stops the clock and records the time.

SCORING- participant is allowed to take two trials with some rest in between. The time is taken for the good result of the best of two tests. It is recorded to the nearest tenth of a second which is the score of the test item.

This test measures leg power in jumping horizontal distances and can be applied to children of both sexes aged seven years and older.

TRIAL ADMINISTRATION – A group of participants is given a standing wide jump demonstration for the test. The subject is then asked to stand behind the starting line with the feet parallel to each other. He is instructed to jump as far as possible by bending his knees and swinging his arms to take a wide jump in the forward direction. The participant is given three trials.

SCORING – The distance between the starting line and the nearest point of landing provides the test’s scores. The best trails are used as the final score of the test.

TEST ADMINISTRATION-Two lines are marked 50 yards apart on the floor. The first line is used as the starting line and the second as the finish line. At the signal READY GO, participants start running with all their might to cross the finish line as quickly as possible. The timer at the finish line is signaled by a visual signal such as a downward sweep or a whistle.

SCORING-The interval between the initial signal and the immediate participant in the time taken to cross the finish line which is the score of the test. The time is entered correctly up to the 10th of a second.

SCORING- The time taken to run 600 yards is recorded in minutes and seconds which is the score of this test object.

This is similar to a 600-yard run-walk. The performer has to run 1 mile in a space of 600 yards and the time taken is recorded.

The test has been found quite valid as various test items of the AAHPER test battery are found to correlate significantly with various motor or physical fitness factors. Thus, it may be concluded that the AAHPER test possesses fractional validity. 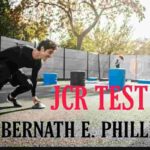 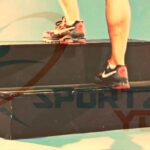