WHAT DO YOU MEAN BY SECOND WIND AND OXYGEN DEBT, VITAL CAPACITY?

SECOND WIND- The returning of the relative ease of breathing after the initial stage of Exhaustion that occurs during physical exertion. The second wind sentence is used by the instructor in the field of sports, especially when running in long races, and is also experienced by the players, but due to weak understanding by the players, they are unable to explain the experience of this stage. A sudden sensation of symptoms of fatigue or dysfunction caused during the early part of exercise Disclosure is caused by the second wind. This experience is experienced after comparatively exercising in a stressful exercise. In calculating the initial part of the players, ‘ experience, it is known that they have a state of restlessness or fatigue but like It is a little time after the start of the exercise, then the feeling of openness, discomfort, and frustration disappears. Ha is second to achieve a highly comfortable pattern regarding the breath of wind experience. It’s also affected by the climatic condition, where the athlete performing an activity.[Second Wind And Oxygen Debt]

Read more about:- What is an overload in sports training?

POSSIBLE CAUSES OF THE SECOND WIND MAY BE THE FOLLOWING:

Relieve breathlessness due to ventilatory adjustments at the beginning of the exercise. At the beginning of exercise, the accumulation of lactic acid oxidation results in delayed blood flow to the working muscles. Insufficient warming up. Fatigue especially in the diaphragm and local muscles. Reasons for psychological causes

Vital capacity is the maximum amount of air that a person can breathe out of the lungs after maximum breathing. It is equal to the addition of inspiratory reserve volume, tidal volume, and expiratory reserve volume. The average vital capacity in a healthy person is approximately 4 to 5 liter, it also depends on the height, weight, age, sex, and mass of the person. Vital capacity is about 7 to 9 liters in a professional player or an Olympic player. We can find the lung volume with the help of a spirometer.

After doing anaerobic exercise or activity our body demands to neutralize the lactic acid formation in muscles, so in the resting state oxygen reacts with lactic acid to form carbon-di-oxide and water.

There are three factors that affect oxygen debt

While doing the normal or mild exercise the demand for energy is full fill by the aerobic glycolysis but in the other part while performing strenuous or vigorous activity body takes additional energy from three sources which are:

When exercise is over we need an extra amount of oxygen to remove excess lactate formation, replenish the ATP storage

We know that immediately after the exercise, our body returns to a resting state. In mild exercise, the compensation is faster but if the exercise is heavy or stressful such as running 400 meters or in the fastest 800 meters, the body Returning to a resting state requires more time in comparison with the amount of oxygen spent during the time of exercise to compensate. The amount is more, which is normally spent in a resting state, it is called oxygen debt. 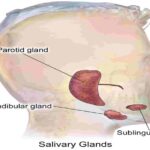 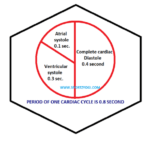