kho-kho Rules and Regulation, and History

KHO KHO RULES AND REGULATION:-  It’s derived its name from the Sanskrit Latin word “KHO” which means” GET UP AND GO”. It is considered an ancient game of undivided India. The present appearance of the game was an adoption from the time of world war in 1914 but it went in DECCAN ZYMCLUB OF PUNE under the supervision of great Indian leader BHAI NERURKAR and LOKMANYA TILAK. The “KHO-KHO” game started in Vadodara, Maharashtra. An institution was formed for “KHO-KHO” in India in the year of 1960. It is named the “KHO-KHO” Federation of India. Meanwhile, the first championship was organized by Andhra Pradesh in 1959-60 [vijayawada] And the participation of women was included in the year 1961 drafted the first rules and regulations of the game which symbolize the metamorphism of the game to soon follow.

The year 1936 BERLIN OLYMPICS was marked as a golden year in the history of “KHO-KHO. At the Berlin Olympics, an exhibition of “KHO-KHO was made in the stadium.

KHELO INDIA– The year 2018 is so fruitful for “KHO-KHO because it featured the Khelo India school games. Now it’s widely played around the world country like Malaysia, Thailand, Srilanka, Peru, England, Bangladesh, Pakistan, Nepal, Iran, Singapore, Mynamar, and many more .“KHO-KHO” demands the highest degree of quick movement with a very high grade of nerve reflexes and endurance which is quality of a supreme athlete.

The field of “KHO-KHO” is rectangular.

Read more about;-  What are the speed in sports training and different types of speed?

The players sitting in the box are called CHASER. During the match, the player who catches or tries to touch the player of the other team is called an active chaser.

The player who runs himself away from the chaser is called the runner.

To give KHO the right way, the active chaser has to speak to KHO in a loud and clear voice as soon as he touches the chaser back from the hand. The time of speaking and touching should be together.

Direction from one pole to another is called Direction.

When the active chaser moves in a particular direction, if he bends his shoulder by 90 degrees, then it is called to turn face which is foul in KHO-KHO.

When an active chaser goes in one direction and goes in the opposite direction from its specified direction, it is called rolling over which is considered a foul.

Read more about:- What is sports training and its types?

The following officials are appointed to arrange the match.

Number of Umpires in “KHO-KHO” match-2

Number of Referee in “KHO-KHO” Match-1

Umpires stand out from the lobby and watch their side from the places separated by the central line. He will give all decisions on his side. He can assist another umpire in making the decision.

The referee assists the two umpires in any dispute regarding the decision between them. The important function of the referee is that there is no obstruction in the game, if any player behaves rudely or violates the rules of the game, and then he can exclude the player from the game.

The timekeeper also has a very important place in the match official, he records the playing time and informs the umpire, referee, and players about the timeout by whistle when the scheduled time is over.

It is the job of the scorer to keep in mind that the player must go to the field in a fixed order. The scorer also takes care of keeping a record of the player who has been out. At the end of each innings, he scores a score on the score sheet and prepares the chaser’s score. After the match is over, the scorer prepares the result of the match and allows the referee to narrate the decision of the match.

READ MORE ABOUT- Different types of passes in basketball 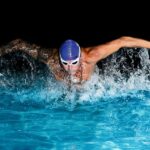 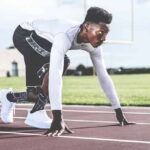 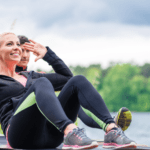 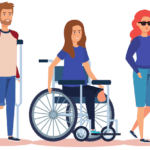