In bio-mechanics, we also study types of motion. BIOMECHANICS word is the combination of two words i.e. `BIO” and MECHANICS that BIO means living thing and MECHANICS means the field of physics i.e. the force related to body movement .it can also be said that biomechanics is the study of forces and their effect on the living system like the form of motion

IN SPORTS BIO-MECHANICS, the law of mechanics is applied to human body movement to gain a greater understanding of athletic performance and to reduce sports injuries as well. Elements of mechanical engineering, electrical engineering computer science, gait analysis, and clinical neurophysiology are common methods used in sports bio-mechanics

BIO-MECHANICS in sports can be stated as the muscular, joint, and skeleton action of the body during the execution of given task, skill or techniques. Proper understanding of biomechanics relating to sports has the greatest implications on sports performance, rehabilitation and injury prevention along with sports mastery

IMPORTANCE BIOMECHANICS IN FIELD OF SPORTS

1. It helps in developing effective movement pattern in the field of play or resistance training
2. It helps in the improvement of specific sport techniques
3. It helps in enhancing the performance and lessen the chances of injuries
4. It helps in ensuring that the athlete can develop for a long period.

A body is said to be at rest if it does not change its position concerning its surrounding example. Chair lying in a room

Example. A person while walking and jogging

When the body moves the motion is exhibited in different forms

LINEAR MOTION – It occurs when all the parts of the body move in the same distance, in the same direction, at the same time .the term linear refers to a straight line

The motion of the body from one point to another point

Linear or non-linear >by selecting two points of the body.if they satisfy the characteristics of linear motion it is linear, if not it is non-linear

It can take place in two phases

ANGULAR MOTION – It occurs when a body moves on a circular path about a centerline so that all parts of the body move through the same angle, in the same direction at the same time. CENTRAL LINE which lies at the right angle to the plane of motion known as axis or outside of the body –movements around this axis are known as angular motion or it is also known as rotation, rotatory motion or circular motion

GENERAL MOTION – The term general motion implies because a specific name could not be assigned to this category of motion for lack of specific characteristics identification, it happened to be either combination of the linear as well as angular motion or a combination of several linear or angular motion

Example. Human locomotion is based on a combination of angular and linear motion like RUNNING, POLE CARING is complete general motion.

WHAT IS DISTANCE— when a body moves from one position to another position or distance and its cover the simply to length of the path.

WHAT IS DISPLACEMENT– the displacement body from the undergoes in the force of the same motion is found by measuring the length of a straight line joining his initial and final positions and noting the direction that’s this line takes displacement it is a measure of irrational and displacement of the nature of the force.

POSITIVE EXPIRATION – the acceleration is determined as positive by two factors:

– The final velocity will greater than the initial velocity
— Positive direction

EXAMPLE- A gymnast performing of Cyber Grant circle on a horizontal bar So the gymnast with his body in a momentary handstand position at top of the bar the angular displacement that’s a rotating body experience is equal in magnitude to the smaller of the two angles between the bodies initial and final position is 360-degree measure in a counter-clockwise and tail when measured clockwise the magnitude of the angular displacement can be clockwise or counterclockwise.

ANGULAR VELOCITY– It is defined as the angular distance covered per unit of time.

The expiration is determining as negative by two factors: 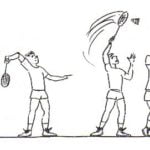 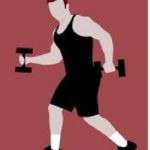 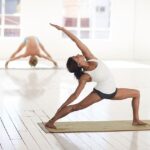 1 thought on “Types of motion”