ORIGIN AND HISTORICAL DEVELOPMENT: – Basketball is one of the few sports that originated in America in 1891; it was perhaps the only game that was consciously invented to meet the recognized need. Primarily a need came to form the YMCA directors who were aware that their members were losing interest in the bodybuilding type of exercises being conducted in Gymnastic classes – College students participated in Football in the ball and track and baseball in the spring but had only Gymnastics Calisthenics and marching during the winter seasons when they were confined to indoor activities, therefore, something interesting, exciting, thrilling to play and watch was needed to fill this void.

Dr. Luther Halsey Gulick, Senior Secretary of the National Y.M.C.A. Physical Education Department and Head of Physical Education at the International YMCA Training School, now Springfield College, in Massachusetts, recognized this need and proposed it to a seminar in Psychology class as a ‘need for some game that would be interesting, easy to learn and cozy to play in the winter by artificial light’. Subsequently, James Naismith, one of the members of that class and then a young instructor, was assigned an unruly class that obviously no longer cared for Gymnastics and marching. In an effort to make the class more appealing, various recreation games such as 3-deep are sailors tag were played, but interest again lagged and it was necessary to run to a new game.

Naismith tried football, soccer, and lacrosse in a space of 65 by 45 feet, but each, in turn, failed because they were all too rough to be played inside within four confining walls. He realized that any attempt to modify an old game would result in failure and that a new principle was the answer.

After much thought and discussion with his other colleagues and students, Naismith decided that all we have to do is to take the factors of out known games and recombine them, and we will have the game we are looking for with this idea in mind. Naismith then attacked the problem in an organized fashion. He came to the conclusion that all team games used a ball; therefore, the new game would require some type of ball. He then considered a large ball that could be easily handled and which almost anyone could catch handled and which almost anyone could catch and those with little practice. He decided that the ball should be bigger and light one that could be handled and yet could not be concealed.

The main point of interest in the various popular games of the day was considered. In Football and rugby tackling was necessary, because the player ran with the ball. This pointed out a new principle: The player could not run with the ball, but he could bat or throw it in any direction.

The next item considered was an objective for the players and this involved some sort of a goal where horizontal, instead of vertical, the players would be compelled to throw the ball in an arc; and force, which made for roughness, would be of no value. Naismith desired two boards of 18 inches square; but when he was ready to play the square; but when he was ready to play the first game, only two peach baskets were available. They were nailed one at either end of the Gym, high up on the lower rail of the balcony so that the players could not stop the ball from entering.

The balcony rail happened to be 10 feet a man was stationed at each end of the balcony to pick the ball from the basket and put it back into play. It wasn’t until a few years later that the bottoms of those peach basket were cut to let the ball fall loose, James then threw up the 13 original rules which describe among other faucets the method of moving the ball and what constituted a file a referee was appointed the game would be divided into 15 minutes halves with a five minutes resting period in between, a short time the gym class met and the teams were chosen with three centers three forward and three guards per side two of the centers met at midcourt James tossed the ball and the game of basketball was born, later on, a ring and backboard takes the place of the peach basket to enhance the quality of the game. ORIGIN AND HISTORICAL DEVELOPMENT OF BASKETBALL

Thirteen original rules framed by Dr. James Naismith on 15 January 1892, are as follows:-

YMCA, The Army, and Navy were the first groups to promote basketball and the YMCA Training School in Springfield did two major tasks to promote the sport: –

The details and rules of basketball were printed in the school magazine in January 1892 and it was distributed by the YMCA in all the institutions across the country because similar games were being demanded in other branches so that their interest in the members would be increased and everyone adopted the game immediately.

As soon as this magazine reached the country, it promoted the basketball game in writing. The students of the training school gained traditional knowledge about the sport and spread it around the world.

The first college match after the birth of the game was played in Geneva on 20 Jan 1892; Basketball intercollegiate matches were played for the first time in America in 1896. Soon about 20 countries showed interest to such an extent that there was talk of having international competition and many efforts were made to complete this task.

In the beginning, it was proposed that this game should be called NAISMITHBALL. But Naismith did not accept it and the game was named BASKETBALL as a Basket and Ball are used.

The first game was played in the winter of 1891 with an Association Soccer Ball with nine members in each team because there were only 18 students in the course. This game was carried out under a set of thirteen rules. The players have matured men with bread, mustaches, long pants, and shirts with short sleeves. Probable that was the historical 21st December morning when one of his students William Richi Click to put the ball into the basket.

In 1932 Federation International Basketball Amateur (F.I.B.A.) with 50 member’s country was established as the controlling organization for Basketball responsibilities of F.I.B.A. include the following:

Finally, Basketball was included in the Olympics games program in 1936 at Berlin (German) due to the effort of Mr. William Jones first Secretary-General of F.I.B.A, The Women’s participation in the Olympics Games in 1976 in Montreal (Canada).

The first World Congress was held in Geneva (Switzerland) in 1932, Second in Berlin in August 1936, Third in London in August 1948 and thereafter it because a regular feature of the International, Central board to meet after every four years at the time of Olympic Games. To dispose of their responsibilities in terms of further development and promotion of the game at the international level under different categories.

After the introduction of women and junior categories at the International level F.I.B.A. was planning for the development of Mini Basketball. Finally, the World Congress of 1972 agreed that International Committee for Mini Basketball shall establish its own internal regulation, and there, however, to be submitted to the central board for its approval the committee shall also surprise and Govern Mini Basketball throughout the world.

ORIGIN AND HISTORICAL DEVELOPMENT OF BASKETBALL IN ASIA

G.S.ISHKAWA, a Japanese student who attended Springfield College. He did a deep study of this game and together with his partner H.omesi introduced the game to the people in his country Japan.

In 1904, Robert B. Gally started basketball in China. It is no wonder that by the end of 1968, many teams had been formed in China which started the basketball league. YMCA, a member of the Armed Forces, included many boys and girls in it, and thus the promotion of basketball spread across the continent.

A tournament was organized in 1904-05 and the first Eastern Athletics Championships was held in Manila in February 1913. In the early 20th century, basketball games began to be played in Japan, Indonesia, and the Philippines.

In 1958, the foundation of the idea of ​​the game was put into the Asian Games in Tokyo under an organization. In which major contributions were played by EING YI of China, YASHIM of Japan, and Diorio Caluo of the Philippines, and under his guidance, the then FIBA ​​Secretary-General Mr. William Jones agreed to invite the delegates to join the organization.

The ASIAN BASKETBALL CONFEDERATION was officially established in Manila Philippines in January 1960. Representatives of the following countries participated in this institution:- 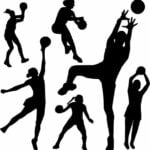 Different types of passes in basketball

2 thoughts on “ORIGIN AND HISTORICAL DEVELOPMENT OF BASKETBALL”